Carmen Barroso was Director of IPPF-WHR, from which she retired in 2016 but continues to be active for reproductive and sexual rights. In the last three years she co-chaired the UN Secretary General Independent Accountability Panel (2016-2018) for EWEC. She co-chaired the WHO Technical Advisory Group on Gender and Rights (2016-2019) of which she is now a member. In 2019 she was Interim Director of Global Doctors for Choice and she was a consultant to UNFPA.

From 1990 to 2003, she was the Director of the Population Program of the MacArthur Foundation, which supported civil society and academic organizations in Africa, Asia, and Latin America. Prior to that she was Senior Researcher at the Chagas Foundation, where she pioneered Brazil’s first women's studies centre. She holds a Ph.D. from Columbia University and did post-doctoral work at Cornell University. She was Professor at the University of Sao Paulo and at Macalester College. She received the 2016 UN Population Award, the 2019 Women Deliver Award, and the Fred Sai Award for lifetime commitment to SRHR. 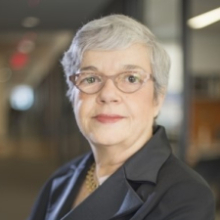