Kellie Doucette began her career in the health policy field, and worked for over ten years as an actuary in the individual disability and long-term care reinsurance markets in the United States and Bermuda. However, in 2016, she shifted her focus to the political sphere, first as a founding member of Chatham Moms for Change, and then in 2017 as the campaign manager for a local political campaign.  Kellie is currently the Constituency Director working with a congressional campaign in New Jersey’s 11th district, managing the constituency outreach for what has become one of the top watched congressional campaigns and races in the country this election cycle.

Kellie received her AB in Economics from Harvard in 1992 and completed her Associateship of the Society of Actuaries (ASA) in 1999. Kellie is also a member of the Board of Trustees of St. Andrew’s School in Delaware, of which she is a proud alumna and current parent, serving as Chair of the Advancement Committee and a member of the Finance Committee. 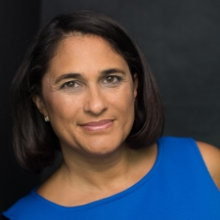