Angel is the Echo’s Endowed Chair of Women’s Health Research at the University of Ottawa and an Associate Professor in the Faculty of Health Sciences. Since joining Ibis in 2002, Angel has conducted both qualitative and quantitative research in the US, Palestine, Lebanon, Jordan, Tunisia, and Egypt and has authored and co-authored over thirty articles, book chapters, and reports dedicated to reproductive health issues in both the Middle East and the US. She has previously served on the board of directors of Physicians for Reproductive Choice and Health, on the American Academy of Family Physician’s Public Health Commission, and as the 2003-2004 President of the Board of Directors of Medical Students for Choice. Angel currently serves on the advisory committee of the Global Network of Researchers on HIV/AIDS in the MENA region, the steering committee of International Consortium for Emergency Contraception, and the advisory board of Nursing Students for Choice and in 2004 was named one of Choice USA’s “30 Under-30 Activists for Reproductive Freedom.” She received her DPhil (PhD) in Middle Eastern studies from Oxford University, attending as a Rhodes Scholar, and her MD from Harvard Medical School. Angel also holds both a Master’s degree in international policy studies and a Bachelor’s degree in international relations and biology from Stanford University. 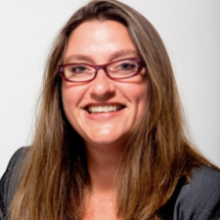