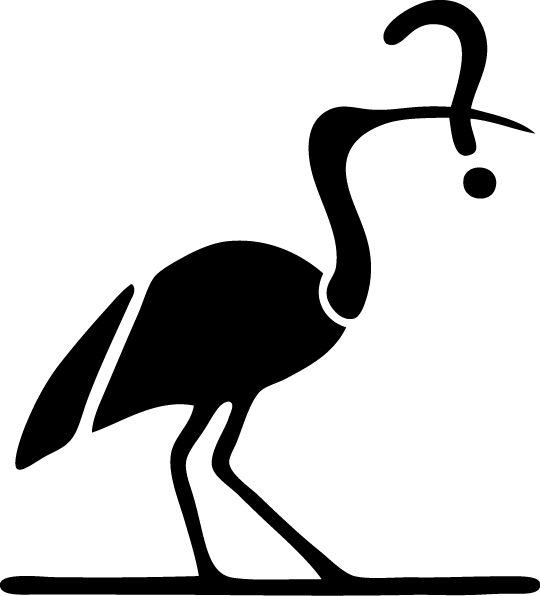 Ibises, like storks, are associated in many cultures with fertility. The birds also represent forbidden women’s health knowledge, including knowledge of contraception and abortion. Scholars attribute this association to the birds’ curved bills, which resemble clyster syringes used by midwives in the past. The ibis is also the incarnation of the Egyptian lunar deity Thoth. Like the messenger god Hermes, Thoth is responsible for writing, law, logic, and calculation.

Ibises are abundant in South Africa, where our founder Charlotte Ellertson spent some of her childhood and where she aspired to open an Ibis office. Ibis's Johannesburg office opened in 2003, soon after our US launch, in order to build critical work in South Africa and the region.