Kelly opened Ibis’s Johannesburg, South Africa, office in 2003 and oversaw Ibis’s work in the region until 2004 when she returned to the United States and was appointed President. Kelly provides overall strategic leadership for the organization and heads Ibis’s Senior Management Team. Kelly’s research has included clinical and social science studies on improving contraception and abortion technologies, including medication and surgical abortion, emergency contraception, and oral contraceptives; expanding access to and quality of reproductive health services; and documenting the impact of policies on women’s health around the world. Kelly also has had a range of leadership roles in key HIV prevention clinical trials evaluating safety and effectiveness of microbicides and the diaphragm in sub-Saharan Africa and Southeast Asia.

Kelly has authored over 100 peer-reviewed publications in high-impact journals like The Lancet, the American Journal of Public Health, AIDS, and Obstetrics and Gynecology and has also published op-eds, letters, and blogs in the New York Times, the Boston Globe, and RH Reality Check. Prior to joining Ibis, Kelly was a program associate with the Population Council in South Africa, and also received a Fulbright Scholarship and lived in Ghana. In 2006 Kelly received the Outstanding Young Professional Award from the Population, Family Planning and Reproductive Health Section of the American Public Health Association. She also received the Darroch Award recognizing excellence in research to advance sexual and reproductive health from the Guttmacher Institute in 2009. Kelly holds a Master of Science in Population and International Health and a Bachelor of Arts in Social Studies from Harvard University. 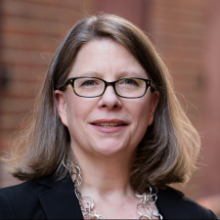 Clinicians' perceptions and provision of hormonal contraceptives for HIV-positive and at-risk women in Southern Africa: An original research article