After a successful modelling career, Claire Mawisa hosted various television shows across several channels and developed an extensive radio career both on and off the microphone at stations such as YFM, Metro FM, Radio 2000, Kaya FM, and Classic FM. She facilitates various empowerment workshops through her organisation Luminosity Lab – previously Planet Productions. Since 2006, Luminosity Lab, in partnership with Karen Burt, has interacted with over 100,000 young females across high school, tertiary, and corporate environments nationally. In 2015 Claire joined the Carte Blanche team as an investigative journalist. She was appointed a World Wide Fund South Africa Ambassador in October 2018, appointed a Board Member for RX Radio in October 2019, and a Board Member for Ibis Reproductive Health in December 2019. In May 2020, Claire attended her first Ibis Board meeting. 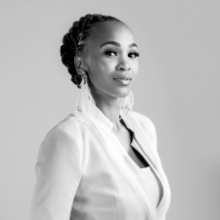