Indiana had some of the most restrictive abortion policies in the country prior to the Supreme Court's opinion in Dobbs v. Jackson’s Women’s Health Organization. In the wake of this ruling, Indiana became the first state to enact legislation that bans abortion with limited exceptions starting September 15, 2022. While there are formidable restrictions on abortion access for Hoosiers (Indiana residents), little is known about the nature and scope of these barriers nor how they impact people’s experiences seeking care.

To address this gap, Ibis Reproductive Health, in partnership with Indiana University, All Options, the Chicago Abortion Fund, and the Kentucky Health Justice Network, conducted the Hoosier Abortion Access Study to measure the experiences of Indiana residents trying to access abortion care. Between June 2021 and June 2022, nearly 500 people across the state participated in this mixed methods study. People considering abortion were recruited through an expansive approach—including Google ads, online posts, abortion clinics, and abortion fund callers—to participate in two online surveys. A subset of survey participants (n=40) as well as abortion providers and support staff (n=19) were recruited for in-depth interviews to contextualize and further explore topics in the survey, including how participants viewed these policies as well as their impact on care provision and access.

Preliminary findings demonstrate that restrictive Indiana policies delay and prevent people from accessing abortion care in their state. Over approximately one month of follow-up, nearly one in four study participants (24%) did not obtain an abortion because they were still seeking that care, had given birth, miscarried, or resolved to continue the pregnancy. Eighty-three percent of participants who had an abortion, including 9 in 10 parents, said that the cost of obtaining an abortion affected their ability to afford rent, bills, food, or childcare. One in four Hoosiers who had an abortion traveled out of state for care, mostly due to cost considerations. On average, those who left Indiana had their abortions about 3 weeks later than did participants who accessed in-state care (11 versus 8 weeks).

Now that Indiana policymakers have passed a near-total abortion ban, findings from the Hoosier Abortion Access Study provide needed data to inform conversations about the future of abortion care in the state. Together with colleagues in neighboring Midwestern states, we are preparing to re-launch data collection when the proposed ban on abortion is enacted as anticipated, to measure new and restricted pathways to abortion care for Hoosiers in the shifted legal landscape. 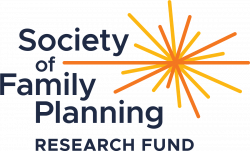