As in much of the world, people in Latin America face a series of obstacles when accessing abortion services—including legal restrictions, a lack of willing providers, and stigma—which are exacerbated for those who need an abortion later in pregnancy. As a result, second-trimester abortion care in Latin America primarily occurs outside of the health care system. In the absence of legal abortion services, some feminist activist groups have emerged to support women and pregnant people who need out-of-clinic abortion care beyond twelve weeks of pregnancy. Through a model of care referred to as second-trimester in-person accompaniment, these activist groups follow World Health Organization (WHO) medication abortion protocols and provide virtual and in-person counseling, information, and support to people throughout the abortion process.

The Regional Second-Trimester (R2T) Study is the first-ever study about in-person medication abortion accompaniment at later stages of pregnancy. Given the role that this model of abortion care plays in facilitating access to safe second-trimester medication abortion for people in Latin America, this study aims to document and examine the experiences of those who obtain these services (accompanied people) and those who provide them (abortion accompaniers). In 2018 and 2019, we collected accompaniment group records for all accompanied abortions beyond 12 weeks of pregnancy that had taken place since 2016, and also conducted in-depth interviews with accompanied people and abortion accompaniers from three accompaniment collectives in Argentina, Ecuador, and Chile. Results from this study demonstrate the safety and effectiveness of this model and document the steps involved. Findings offer original insights into how accompaniers provide person-centered care that aims to empower individuals as the protagonists of their abortion through compassionate attention, emotional support, and choice in navigating their abortion experience. Results from this study will also seek to understand the experiences of accompanied people. Collectively, these data are relevant for improving access to, and quality of, safe second-trimester medication abortion care globally.

As part of this ongoing work, the Ibis team has deepened existing partnerships with accompaniment groups in Argentina, Chile, and Ecuador, and has forged new partnerships with sociologists at UCSF and the College of Charleston. Results from this study could contribute to shifting perspectives on the role for medication abortion for pregnancies at later stages of gestation. 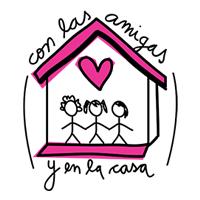 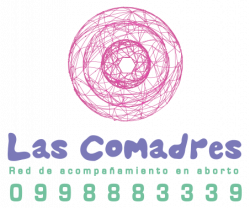